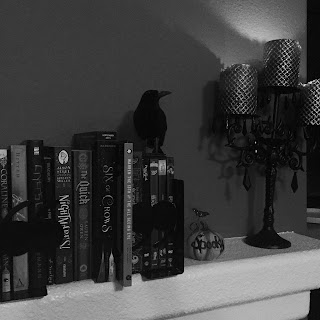 I was really worried about how many books I would be able to read this Halloween season. This whole going-back-to-school things has totally cut into my reading game. But I have managed. Not only have I managed, I still have two weeks and I have already reached my four book goal.

Jackaby by William Ritter
The Chicago Tribune blurbed this as being "Sherlock Holmes crossed with Buffy the Vampire Slayer" and I was all: Yes please! While it turned out to be less badass chick Buffy and more Sherlock Holmes with a dose of supernatural (a heavy dose, mind you), I still enjoyed the story and am excited to read the sequel that was recently released. Although, I think I'm going to save it as a nice treat for next Halloween.

Miss Peregrine's House for Particular Children by Ransom Riggs
I'm so glad I finally got to this one. I bought it when it was first released (I actually own two copies, one signed) and started reading it last year but when I didn't finish before Halloween, I set it aside. I hadn't gotten very far into the book so I did a quick skim this year and dove back in. It was so good. The entire time I was wondering where the pictures came from (was it one giant random photo shoot?) and then at the end there was an author's note explaining that they were all procured from collectors with a special interest in weird old photos. (My translation of what was written.)

The Dead House by Dawn Kurtagich
This is the book of the season for me so far. I'm a total wimp so it is a bit strange that I love Halloween so much. The Dead House was just the right level of creep. I may have finished it late at night while I was home alone and called my husband in a sad whiny voice, "I just finished my book and now I'm creeped out," but I sucked it up. it was good guys. 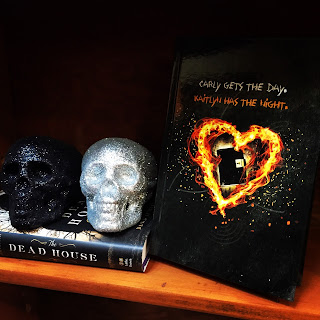 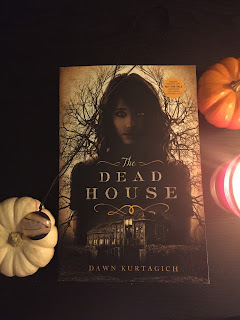 Cinderella Skeleton by Robert D. San Souci
Cinderella has always been my favorite Disney princess, you add skeletons to that story and I am buying that book. Dunzo. It was adorable. 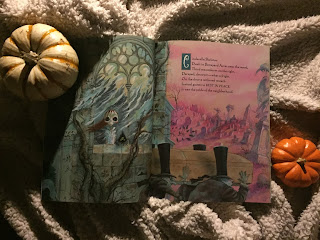 Did you have any trouble getting into Jackaby? I checked it out of the library a little while ago and started it, and the first two chapters didn't grab me. But I hear so many good things about it, I do want to try again!

Jenny- The story picked up once I got into it and let go of my previous expectations about what it was going to be. Give it another shot.