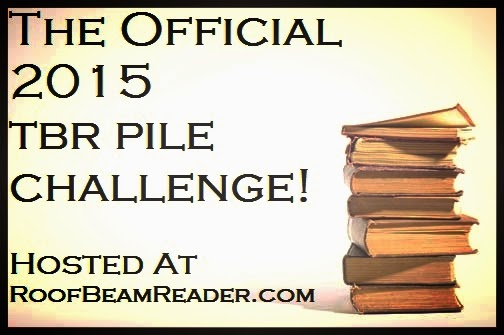 I am officially signing up for the 2015 TBR Pile Challenge put on by Roof Beam Reader. My TBR shelf is out of control and this challenge has been calling my name, I just needed to decide on the books I wanted on my list. So here it is:


Alternates
Posted by Jess - A Book Hoarder at 8:22 PM

Good luck with this challenge! I signed up too, with lots of books I'm excited to read but haven't made time for yet. I'm hoping that will help me actually finish it this year!