Friday Finds is hosted by MizB at Should Be Reading. This is my first Friday Finds so I'm keeping it small for now.

I'm not really into comics (I've never really given them a chance) but I came across these and HAD to add them to my Amazon wish list. There is a whole series on extraordinary women but I pulled out these two because 1. I am a political nut and 2. ...J.K. Rowling doesn't really need an explanation! 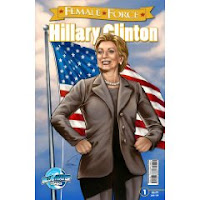 From her beginnings at Wellesley to the battle for the democratic presidential nomination, Hillary Clinton has from the outset raised critical issues of feminism, politics and philosophy. Telling the story of her life, Hillary Clinton, will explore the former first lady from her humble beginnings to her current status as Secretary of State. 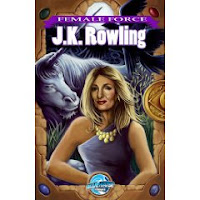 Millions of readers worldwide have been captivated by the best selling Harry Potter series, but what is even more incredible is the woman who created him and his fantastic world. From telling stories as a child, to being forced to go on welfare, and finally becoming one of the world's most famous writers, the story of Joanne Rowling is almost as magical as the world she created.


Both descriptions were taken from Amazon.
Posted by Jess - A Book Hoarder at 5:15 PM